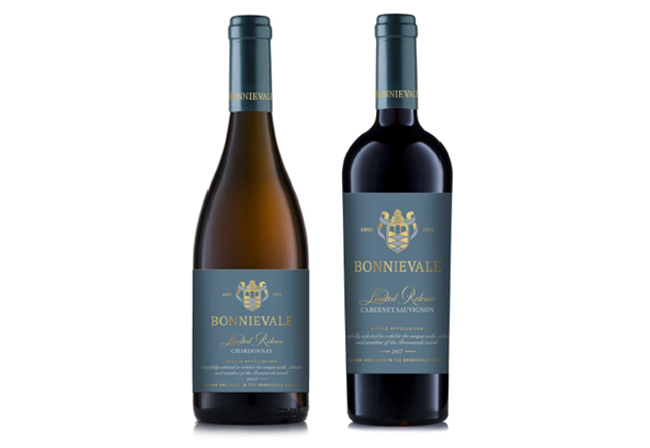 Bonnievale Vineyards Shine Through In New Limited Release Wines
Bonnievale Wines has launched two limited release, single variety wines crafted from a selection of top vineyard sites that reflect the influence of the ancient soils, climate and weather of the Bonnievale ward.

The wines are a Cabernet Sauvignon from the 2017 vintage and a Chardonnay, from 2019 – both destined to be must-haves for the discerning wine connoisseur.

“We’re very excited to present these wines. They’ve been a long time coming,” says Bonnievale Wines Head of Winemaking and Production, Marthinus Rademeyer. “Bonnievale Wines has always prided itself on the extensive diversity of terroir at our disposal, which enables us to select just the very best for our trademarks. With the two new wines we followed the same principles but on a much more detailed level. The limited volumes enabled us to select only the most special vineyards and sites for these wines.”

The new wines feature dedicated packaging and labels that reflect their premier status in the Bonnievale portfolio as well as the quality of the contents.

Tasting Notes
The Bonnievale Limited Release Cabernet Sauvignon 2017 displays beautiful, clean red fruit, notably raspberry, supported by hints of liquorice on the nose. The juicy red fruit carries through on the palate, supported by fine, ripe tannins that provide structure and depth to the wine.

It spent 18 months maturing in mainly new French and American oak, which delivers a balanced and well-integrated wine with a taste that lingers long after the last sip.

The Limited Release Chardonnay 2019 has citrus on the nose, especially of lime and grapefruit that extend to the palate. It is crisp and fresh with a distinct flinty finish. Here too, the French oak that was used to mature the wine for seven months is well integrated, supporting the fruit but also delivering a smooth, rounded mouthfeel.

“First and foremost, the wines are a reflection of particular vineyard sites,” says Marthinus. “They also speak of the care taken in nurturing the vines and preserving aromas, flavour and texture of the fruit from vine to bottle.”

Why these cultivars?
As for the choice of varieties in this limited release, both the Cabernet Sauvignon and Chardonnay have long been stars in the Bonnievale Wines portfolio. Both cultivars also remain highly regarded and sought after in international markets. The two cultivars are also keenly sourced by many of South Africa’s premier winemakers for use in their own blends and brands.

Bonnievale Wines
This coming-of-age for Bonnievale Wines has led to renewed focus in recent years on high quality and high value. First came the revamp of its portfolio and then, the launch of the premium River Collection range, which has accumulated a string of local and international awards.

The home of Bonnievale Wines is the eponymous village, located some 200km east of Cape Town. A renowned winemaking region, Bonnievale’s vineyards are influenced by amongst others the presence of two major rivers – the Breede and Riviersonderend – and micro-climates created by extensive hills and soaring mountains.

If you require any further information on Covid-19, go to sacoronavirus.co.za